This book looks to be the most challenging and the most rewarding one on my list so far.  It’s well written, and reminds me of a good Robert K. Massie history .  And it’s not just the big volume about physics I feared it might be.  I don’t expect this will appeal to a huge number of people, but for anyone out there who might be considering…….here’s a review from Publishers Weekly:

“Rhodes describes the theoretical origins of the bomb, the lab experiments, the building of the prototype, the test at Alamagordo, the training of the B-29 crews assigned to deliver the first two combat bombs and the missions themselves. There’s much more. Rhodes, gifted with sharp psychological insight and a novelist’s ability to convey character, reveals the personalities and emotional dynamics among Niels Bohr, Leo Szilard, Enrico Fermi, Edward Teller, Ernest Lawrence, Robert Oppenheimer, General Leslie Groves, Colonel Paul Tibbets etc….”

And if anybody is interested, perhaps we can set up a schedule, read it together and then do an on-line chat using the notes here. 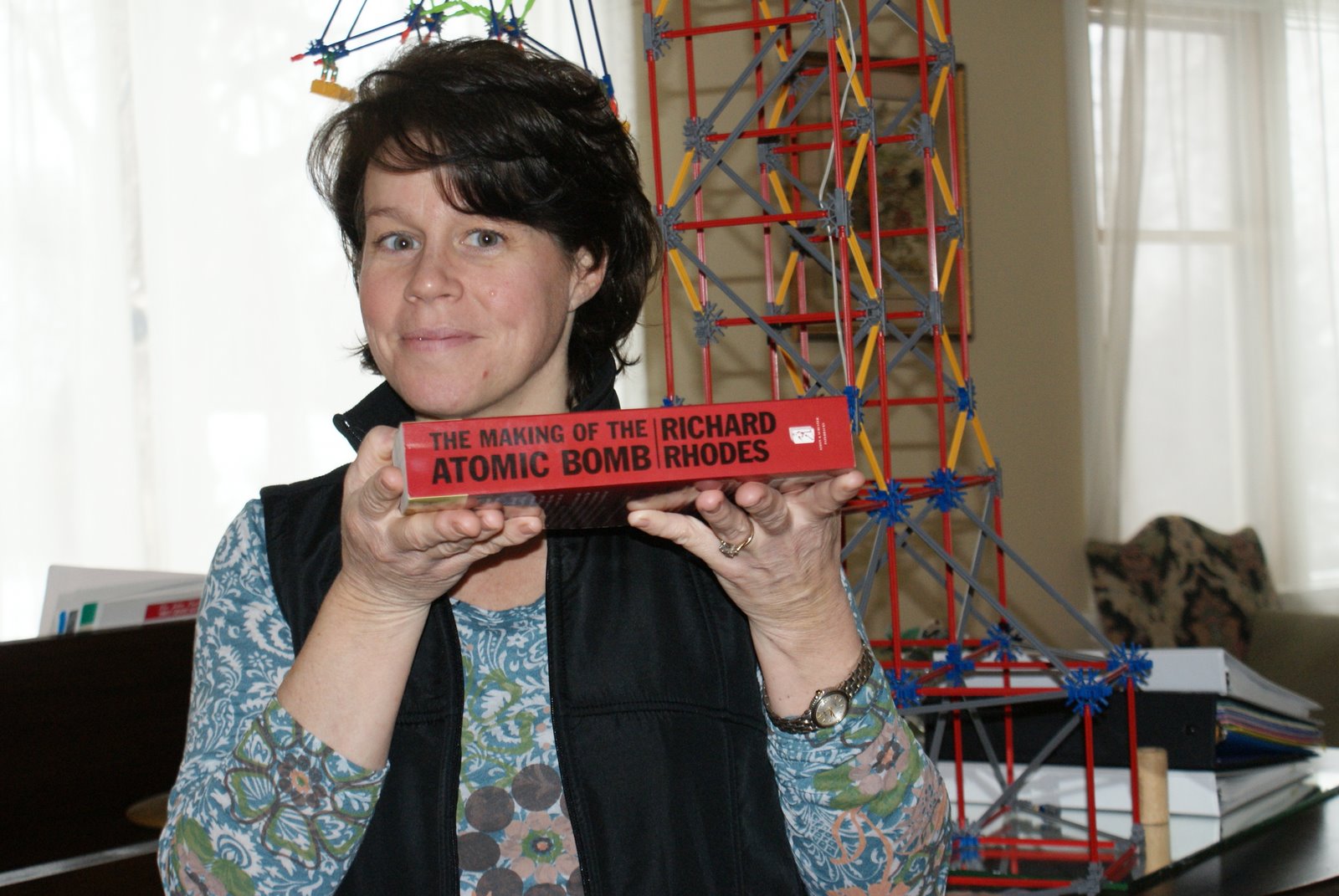 All finished with The Maltese Falcon.

Eleven Days Ago, this is what I said:

“The grind of getting books read and doing a decent job of educating my kids, and keeping the socks sorted and underwear clean and having the odd medical procedure here and there is, this week at least, bit of a juggling act…………I wake up at about 3AM thinking from time to time “I should start laundry, clean out the fridge, go over everybody’s math, pay the bills, and read a few chapters….”

I just wanted to say it again.

I think that this is the extra zingy spice of the “100 books and a marathon thing”. I have too much to do anyway. And new things are being added to life as we move along. But as long as the husband and kids are being well served, it’s full speed ahead.

I pulled up out of order and read all of How to Be Free From Bitterness. It is all about forgiveness, what it means that Christ offers us forgiveness, what the total forgiveness of Christ really looks like, and what it is for us to really and truly forgive people who offend us. You can’t hang onto any thoughts of “being right”. I have read it before, but I always see something new when I read it again. It is a small book, but so worthwhile. If you want a copy, you may order onehere or at Canon Press.

But, I have failed to start Liberal Fascism, and it will be my big project tomorrow……I am aiming at completing the first third of it, then into the center by Tuesday morning. Then comes the fabulous 6 days of heavy duty reading…..I would like to do 2000 pages. But I’m not going to ask people to guess how many pages I’ll read, like the Amazing Mandi did, because leaving comments here seems to defeat too many people, and it wouldn’t be any fun if all the guesses came in on e-mail. 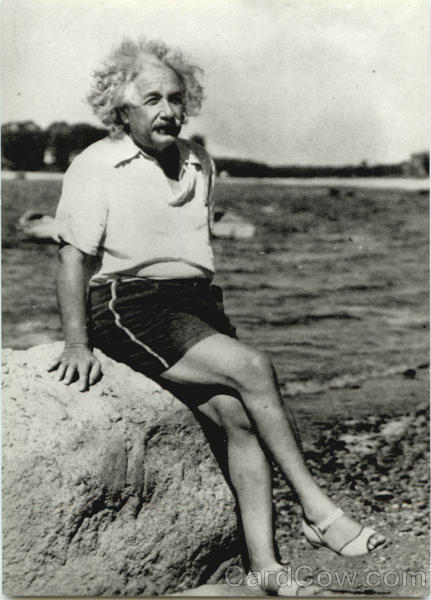 In case anyone is in the same boat as Holly, teetering on the brink of reading Ideas and Opinions, here’s a little sales talk from Amazon:

“Ideas and Opinions” reveals much about the thought processes, culture, and observations that shaped the character of Albert Einstein. In a remarkable series of insightful short prose selections, the reader learns a great deal about Einstein’s views on morality and ethics; religion, particularly Judaism; government; the arts, literature, and higher education; philosophy; and government. His personal letters to and observations about other key persons of his time including Shaw, Freud, Gandhi, and Lorentz illustrate what a fully integrated individual Einstein truly was, a view that may counter some of the extreme depictions that render him a genius incapable of focusing beyond his science.
Having some many thoughts from this astounding intellect pulled into one volume makes this book a worthwhile addition to the stack of rainy day books. It’s a book to be consumed in fits and starts, with a cup of coffee on the screened porch in the rain, a treat for inquiring minds.
The prose, perhaps a tad stilted by modern standards, is lucid. And seeing Einstein turn his attention on the topic everyone wrangles with forges a new link to him and his work. As he stated, ” The whole of science is nothing more than a refinement of everyday thinking.” 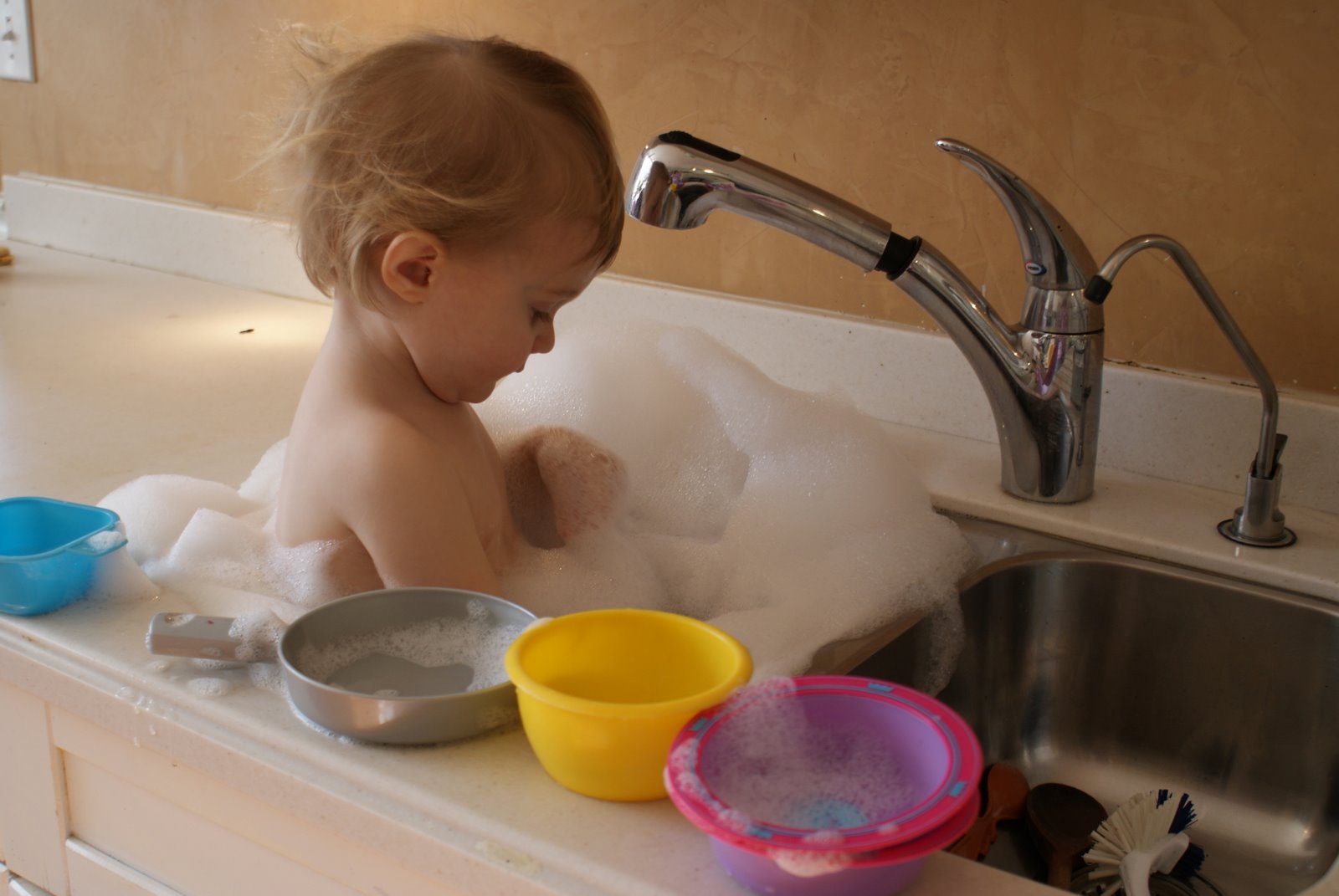 The grind of getting books read and doing a decent job of educating my kids, and keeping the socks sorted and underwear clean and having the odd medical procedure here and there is, this week at least, bit of a juggling act.
But we’re OK.
I just wake up at about 3AM thinking from time to time “I should start laundry, clean out the fridge, go over everybody’s math, pay the bills, and read a few chapters….”

Jon and the kids come first, the books are fitting in OK, and running in Ontario in February is surprisingly easy to just say “NO” to.

My copy of Richard Rhodes Making of the Atomic Bomb arrived in yesterday’s mail. I knew it was big, but it’s actually enormous. I’m a little intimidated. It’s in my next bunch of ten, and so I will have to give myself a little extra time for this set of books. I’ll figure that out tomorrow.

Michael and I are now reading through The Story of Science together. I’ll zip ahead of him and get the remaining chapters done by next Tuesday.

I have just this morning begun True Spirituality and will be reading a chapter a day for the rest of February. I should have taken the same approach to Jeremiah Burroughs, and I might just take the remaining Puritan books and read them slowly over the course of a couple of weeks, as they are full of great stuff that is better read slowly.

Then I will read the first half of Liberal Fascism, and save the second half of that one for after I return from San Diego.

For my California trip, I am taking Moby Dick and Psmith in the City, True Spirituality,
and just in case I finish those, I’m bringing A House for Mr. Biswas.
I have a hunch I will enjoy it more if I read it in warm sunshine….no visible snow.
Poor Mr. Biswas….I think it’s not him, it’s me.

I have to take a little break from running this week, says the surgeon, but I’m back on the road on Feb 12.

I have learned from CBC News that there is a tremendous shortage of chicken wings, and that this is expected to put a crimp in Superbowlcelebrations all over Buffalo. According to this report, nearly all the wings being served in Buffalo Sports Bars come from Ontario chickens.

I don’t know if Canada is growing a wingless chicken now, perhaps as a snub to those annoying Americans…..CBC left some important questions unanswered.

Anyhow, we are soldiering on here. We never eat Buffalo wings anyhow, it’s nachos or nothing at our house on Superbowl Sunday.

But when those nachos come out of the oven, I will not be indulging tonight. This is the last night I will be spending with my gall bladder, which does not much appreciate nachos.

I am happy to say that after three years of wishing this part of my body would go away, I can expect some satisfaction tomorrow morning around 8AM.

I have enjoyed almost 2 months without any gall bladder related trouble, until last Monday. I think it heard it was about to be evicted and so it staged a three day attack.
Like a prolonged gall bladder tantrum.
So, I am more convinced than ever of my need to divorce myself of this instrument of torture, and I am so very thankful to live at a time in history when it’s such a simple procedure to just take the thing out.

Meanwhile, we’re rooting for Pittsburg here…..we shall see who wins.

If there is comfort food, then Howard’s End is a comfort book.

I found too many really gorgeous gems in this book to narrow it down to any few for the blog.
I will say that my very favorite chapter is chapter 20….so much joy at a juncture that might have been awfully stressful.
and my favorite idea from the book comes just a few pages earlier in chapter 19 when Margaret notes that it is “wonderful knowing that a real man cares for you…”
She’s confident enough in herself to relax in the security of having an honorable, kind gentleman taking her into his embrace.
It is sweet, I can tell you.

So I’m sad to be done with this book.

Maybe I’ll read A Room With a View next year. It won’t be A Passage to India, though. I have read too many books about India these past two years…..
A Fine Balance,
Midnight’s Children,
My Name is Red,
The Kite Runner….
I think there must be more….bookclub went into a deep marinade of Indian fiction for a while.

So I have an extra copy of the book….improvident purchasing on my part.
If anybody would like to read this book, but you find you don’t have it, I will mail it to the first person who asks.