Book club has snuck up on me again.  Tonight we’re talking about Kafka’s The Trial and my own husband is leading the discussion.  By the look of things, he has prepared for this in just the  professorial manner one would expect from him.  I, on the other hand, have not even finished the book.

For those of you who have read about our book club dinners before, I think you’d agree that they are really the envy of book clubs everywhere.  My neighborhood is remarkably dense with gourmet cooks and wine connoisseurs, as well as people who disdain television and read voraciously.  American, French,  English and Canadian  chef/readers, and the conversation is always lively.  Tonight’s menu is “Hungarian with a Jewish twist”.  I am making Hot Hungarian Potato Salad, and there’s a mouth watering array of grilled meats, grilled vegetables, and for dessert, pastries which I cannot go near, but that’s OK.

So, I am not finishing the book right now, as I am using the time to write a blog post.  Poor time management?  Yes, probably.   But I also cannot find a quiet place to read anyplace on the piece of real-estate I call home.
People seem to like to hear about our ongoing hullaballoo, and so I will describe today’s episode here.

David, the oldest, is preparing to begin filming a movie shortly, and so we are in “pre-production” mode here.
Costumes are being drawn, sewn, dyed and (when we’re lucky) acquired from Value Village.  So we’ve spent some of the day realizing they need far more than they thought, and so the scramble for medieval clothing is now at high volume.  My sewing skills are fairly basic, but I can see now that they are about to be ramped up.  Groovy.  We went shopping, hunting, scavenging  and came home with a paltry amount of stuff and low spirits indeed.  On Tuesday, after I take my mom the the airport in Buffalo, I expect I will be hunting in shops down there.  Anybody know of a good medieval costume shop in Buffalo….I should mention this is a low budget film.

So, moving along, we arrived home a little bedraggled, we saw Daniel (who is not quite eight yrs old)  racing down the road with……yes, indeed…..he had a bottle of beer in his hand.  He dashed up to our neighbor Mark’s house.   I was looking around for somebody who might be able to tell me what was going on, when Dan reappeared at the side of the van where he breathlessly broke the magnificent news that he just bought Mark’s old  computer for the paltry sum of one cold beer and a hand tied fishing lure.
Now Daniel is busy upstairs rearranging the furniture in order to create the perfect spot for this gigantic piece of equipment.  This will be our tenth computer, by David’s count.   But the first one we got on a trade for a cold bottle of beer.

Overlapping the costumes and the computer there is Michael in the backyard building and now launching rockets.  This draws quite an ogling crowd, and I find myself calculating the cost of new windows whenever this kind of thing is happening.

And my mom has been here for several weeks, and our visit has been really nice, but I find that this she has been ill for much of her time here, as has become the expected routine.  My neighbor Brigitte’s 80 year old parents were just visiting from France, and her experience was similar to mine.  I so much appreciated her good moral support as we talked about the unexpected changes as we see our parents grow older.  In her delicious French accent she declared “Things are seldom as we might desire or expect.”    We had this chat while rockets were being launched toward her dining room windows.  She was completely unruffled, though her whippet was in a full scale panic.

And then, somebody said something like “Where’s Maggie” which set off an alarmed scramble for the 3yr old.

And here is where I found her.

All alone in Jon’s wood shop with the big loud power tools, she was trying to hammer nails into the headboard of the sleigh-bed Jon’s making.  By the time I had my camera in hand, corrections had been completed and she was on to the next thing, as you see.

Crazy stuff happens when I am not looking, so Kafka will not get finished by me today.    I do love to read Kafka though.  I feel so much at home in his crazy, stream of consciousness world so full of weird and wacky detail. 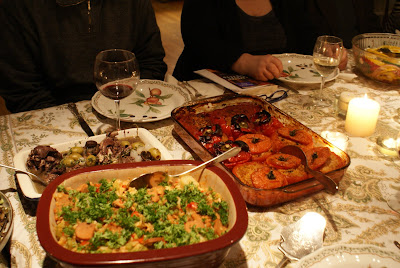 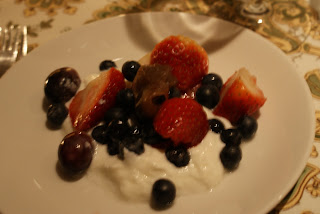 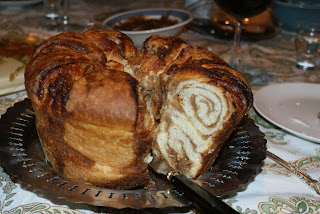 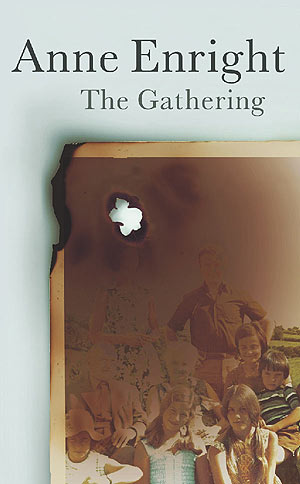 Add another book to the list…….. The next book to be read under the heading of “Bookclub Requirements” will be Anne Enright’s The Gathering.
Anybody outside the Whitevale bookclub interested? It’s to be read by March 21, plenty of time.

It’s a Man Booker award winner. About an Irish family, sounds like a child is lost in the story.

I am now finishing Howard’s End, which is such a delightful book. Of the eleven or so I have finished on my list, it is the one I have enjoyed the very most. Not a grind to get through at any point, just pleasant reading. I have loose ends to tie up with Ulysses and The Iliad, I will read the Odyssey with the kids over the next few weeks, and I am giving up on A House for Mr. Biswas for now, and saving him for some relaxing summer afternoon.
I should mention that Ulysses is being read for a crazy splinter group of our bookclub, and we are taking it so slowly that we don’t expect to finish until June. We want to make T-shirts, and we’re not a very organized splinter group, so we need plenty of lead time to get sizes from everybody, agree on a color, and worst of all….design the logo.